Booth House is named after Clive Booth, a foundation member of the Whitsunday Anglican School community. 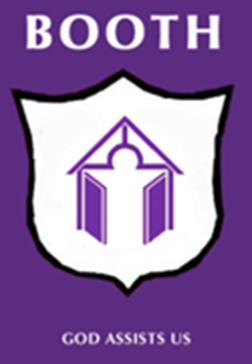 To embrace the Booth name, it seemed fitting to include Clive’s academic colour purple, along with the Booth family motto from the Middle Ages, ‘Deus adjuvant nos’, English translation of – “God Assists Us”.

The symbol within the crest is our arch and gateway into the Booth House. The archway and gate have been the main entrance into Booth House since the boarding house was constructed in 1997.

Originally, the entrance was on Celeber Drive, until 2003, when it was moved into its current position near the chapel.

The archway and gate resonate with boarders, past and present, and symbolises the warm hospitality of Booth House and the boarders that live there.